Live the Adventure In The Reign of Terror {Product Review} 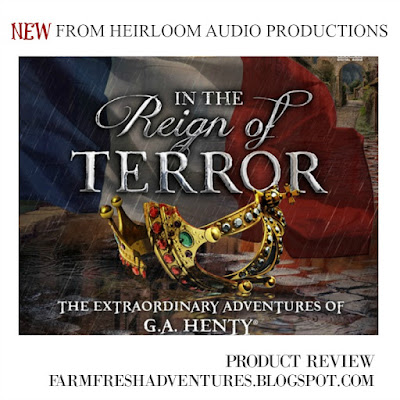 We have a thing for audiodramas that was started with the very first Heirloom Audio Productions product we ever received. Since then we have made it our goal to own as many of the Heirloom audiodramas as we can! We have quite a collection, but were eager to add In the Reign of Terror to our collection as part of our review this month!

About In The Reign of Terror 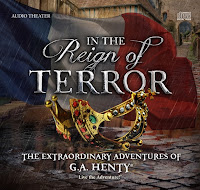 In the Reign of Terror is another fabulous audiodrama from Heirloom Audio Productions, based on the Extraordinary Adventures of GA Henty books.This story is set during the beginning stirrings of the French Revolution and takes place in France. You follow a young Englishman of about fifteen years old named Harry Sandwith as he journeys to France to work as companion/tutor for the Marquis de St Caux family. While he is there, he witnesses the terror that overtakes the country as the nobles are systematically rousted out and killed--just because of their noble birth. He vows to protect the St Caux children as they flee to safety. What follows next is a journey of courage, sadness, grief, bravery, miracles, and so much more. Throughout the experience, the family places their ultimate trust in God no matter what--and seek to find good that can come out of the bad.

In the Reign of Terror is available as a 2 disc CD set or a digital download. Also available with the audio drama is a digital (or downloadable) Study Guide which coordinates section by section with the story. You will be able to ask your children questions about what they heard, as well as guide them to explore the topic in more depth with some critical thinking questions.

You also should check out the BRAND NEW Live the Adventure Club! Membership to this new club not ONLY allows you to get new PHYSICAL copies of the Live the Adventure audiodramas shipped to your house three times a year, but you also have full access to their complete website! There are teaching guides and curriculum treasures, parent resources and daily information, and listen & Learn audio adventures that even come with the script for your child to follow along! Sign up for your free three month club trial today and receive their newest Audio Adventure, Captain Bayley’s Heir (2-CD set) for only $1.00! Plus, you also get instant access to the digital version!

Definitely go check it out!


Our Thoughts on In The Reign of Terror

The #1 thing I liked the best about this audio drama this time, was that I had the study guide right there on my phone with the mp3 when it played. As soon as the section was done I could immediately go over the study guide, without having to have a second document or screen up. This is MAJOR plus in my book! So handy for listening to it on the go--I can simply hook up my phone to my car that has bluetooth capabilities! If I don't care about the study guide, I just use the physical CD's so they keep playing without me having to stop them.

This is the time of history that I am very fascinated with, so I greatly enjoyed learning more about the era. The French Revolution was such an incredibly bloody time period and I think we do not spend enough time studying it to realize what a reign of terror it truly was. We listened to this with friends while driving, and she and I both commented about how it made us want to go and rewatch Les Miserables again--and we both agreed that this audiodrama would be an asset when studying the French Revolution during history in our homeschool.

The boys favorite part was definitely the wolf attack! There was silence in the car when we got to this part of the story. After it was over, my oldest remarked that it reminded him of the gladiator/lion scene in one of the other audiodramas from Heirloom Audio.

One of the questions I would have is regarding the religion of the characters. I could never figure out if they practiced Catholicism (what would be most likely for France) or Christianity. It wasn't anything major, just a minor question that niggled me. I did appreciate the references to the American War for Independence because it can be hard to remember at times that it was recent history to the men and women of the time.

I would say this is just as excellent as the previous audiodramas we have listened to. I always enjoy having a spin-off discussion about this time period. We haven't really covered world history yet, but I know that I will be referencing In The Reign of Terror whenever we study the French Revolution for sure.

Want to Know More About In the Reign of Terror?

Over the last couple weeks, we have been enjoying listening to the latest Heirloom Audio Productions audiodrama In the Reign Of Terror. Please visit some of the other crew members to see what they thought about this latest release! 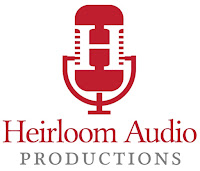 As so many times before, we have fallen in love with this story set in such a brutal time of history. We are eager to get our hands on the next release from Heirloom Audio Productions...Captain Bailey's Heir!