Fresh from the Bookshelf: The Confessions of X by Suzanne M. Wolfe {Book Review}

Are you familiar with the Confessions of Augustine? This is an autobiography written in the 5th century by Augustine of Hippo--more commonly referred to as Saint Augustine. In these Confessions, Augustine spends time talking about his early years and early love of a woman he referred to as "Una"--the One. She was his concubine for MANY years when he was young, and before he became a revered bishop and priest. Nothing is known about this mysterious woman he admittedly loved dearly and had a son with. Suzanne M. Wolfe decided to give this woman a story, and using Augustine's book to guide her, wrote The Confessions of X. The Fiction Guild sent it to me to review, and I was challenged to go outside my genre comfort zone. 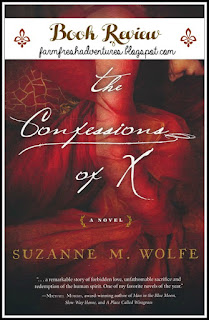 The Confessions of X by Suzanne M. Wolfe, tells the story of Augustine of Hippo's nameless lover, their relationship before his famous conversion, and her life after his rise to fame. It tells of the impossible odds because of their social class--she the poor daughter of a mosaic-layer, and he a promising student and heir to a fortune. And yet he loved her as he would love no other. This book (written in first person) gives a first-hand look of what it might have been like for her to witness his anguished spiritual journey from secretive religious cultist to the celebrated Bishop of Hippo. How she loved him passionately for the 15+ years they were together--before he was forced to leave her behind and get married to a socially acceptable wife.

Let me start by saying--this book is SOOOO out of my comfort zone. I would never have picked it up or read it, if I hadn't of been given it to review. Nothing in the summary appealed to me, and it was a challenge to open it up and begin. I almost quit a few chapters in, because it STILL wasn't something I was enjoying. But I continued. I am happy to say that it did get easier to read and I didn't feel like quitting after that point.

The author is a very good writer and she captured the way of life during the 5th century well. It was easy to picture the poverty as well as the opulence. I enjoyed the bits and pieces about what it took to create the mosaic art, so popular during that time period as it wasn't something I really even thought about before.

I think the author definitely put a lot into this to imagine what life would have been like for the concubine and the struggles she must have faced--from always knowing she would never be anything more than a concubine, to knowing that he would get married some day and leave her, to being willing to have a child--and understanding she had no rights to him. And yet, it was beautiful to read about how the preparation made for her to be taken care of when their time together was going to have to end.

I am not a fan of reading about early church history (because it's not MY church history), but I would imagine that this story would be appealing to those who look to Augustine as a founding father of the their church. It may even give them something to think about that they didn't know previously. 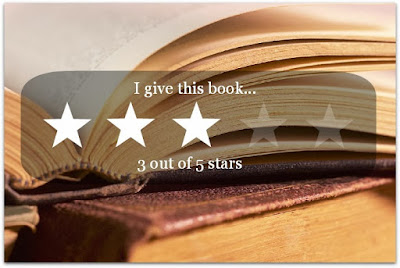 I just didn't really care for The Confessions of X. This isn't the fault of the author at all, simply not my preference. It was well written and I found it very believable for the subject--it's just nothing that I care to read. If you are familiar with Augustine's Confessions, than I would imagine you could be very interested in reading this book--as for me, I will pass.